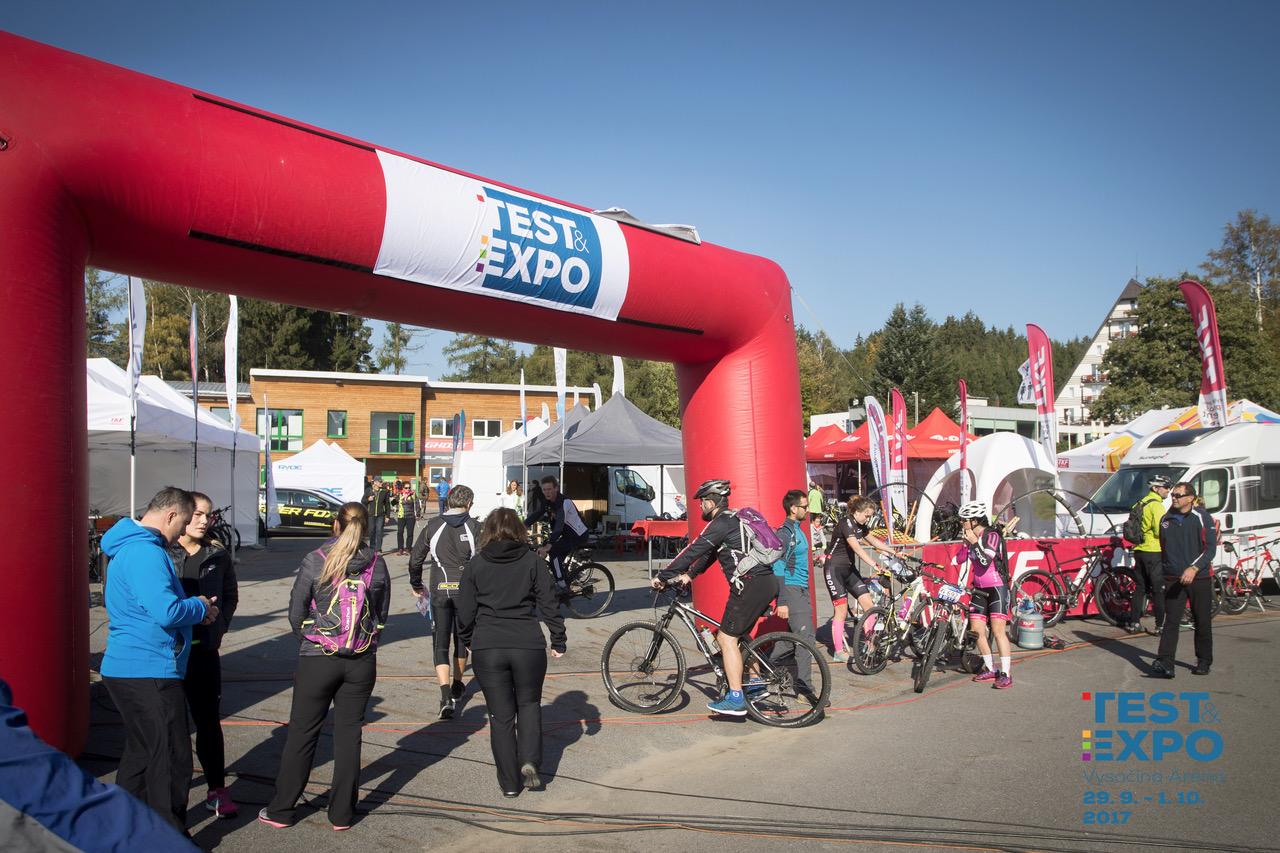 The second year of TEST & EXPO Vysočina Arena confirmed the good purpose of this project as well as the increasing interest in e-bikes.

This year´s TEST & EXPO was held from Friday September 29th to Sunday October 1st. The event was accompanied by beautiful sunny days of Indian summer and it enjoyed a great background provided by Vysočina Arena – every cyclist´s favorite place. For the second time already, the occasion has managed to perfectly combine two events in one place – sport and active activities on MTB and e-bikes as well as the exhibition and testing of new bike products. A busy two-day program of Bike for Life, that was held during the whole weekend, drew many new and current customers into the TEST & EXPO stands.

The statistics obtained from the exhibitors show that more than 700 bikes were tested from Friday to Sunday by visitors of the Vysočina Arena and the E.ON Czech points! 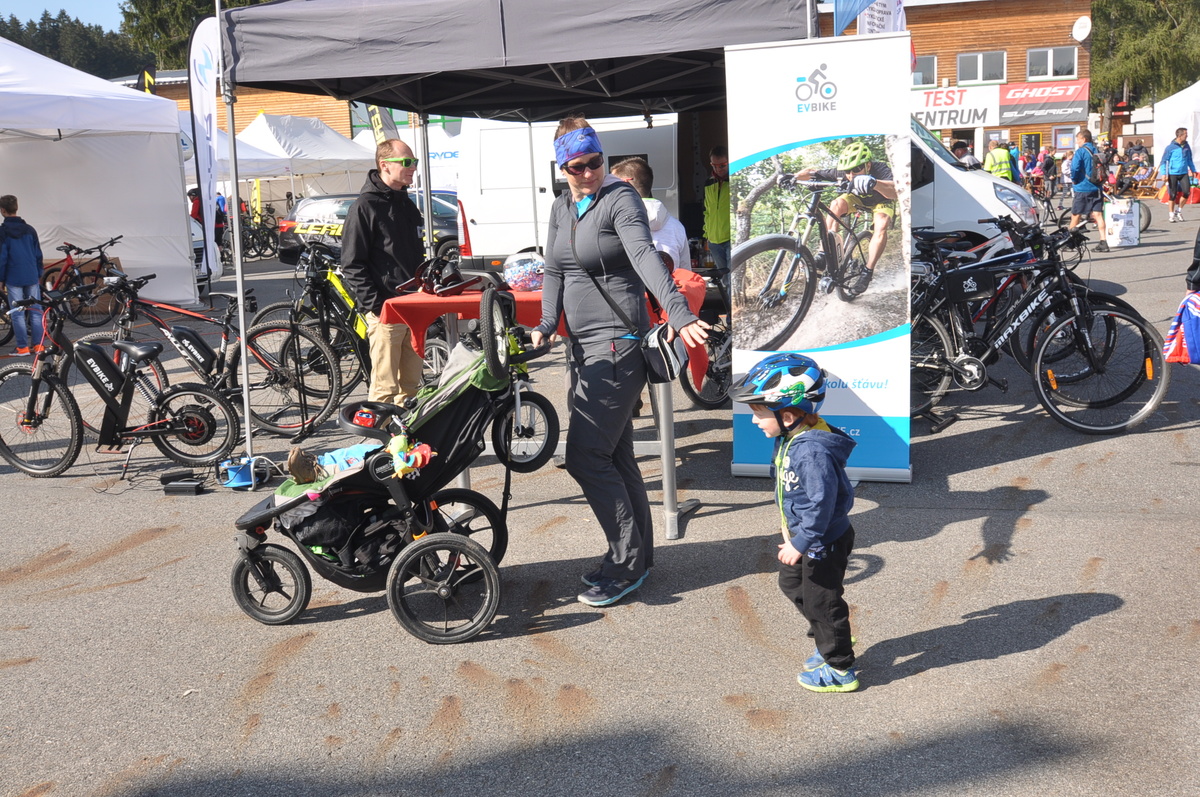 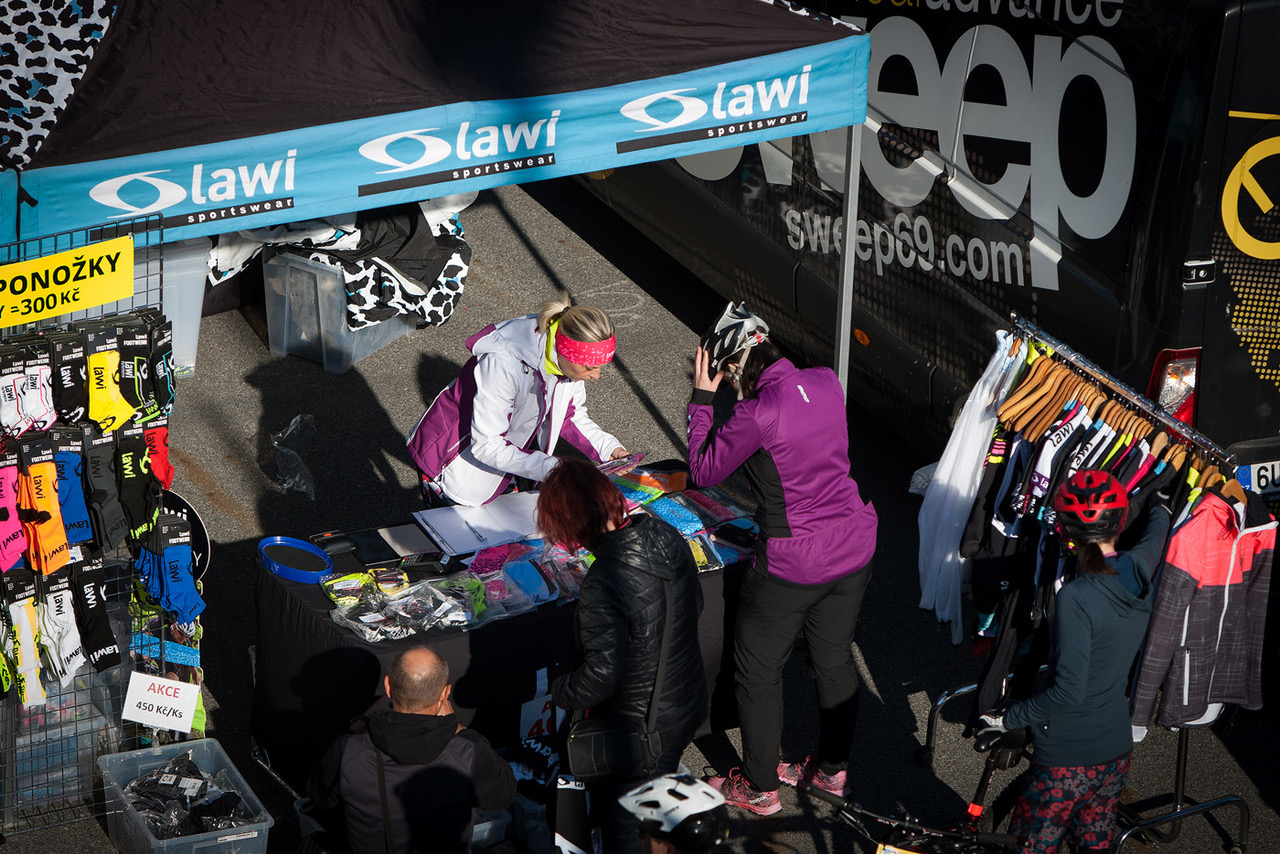 The program started on Friday afternoon. The visitors were more than satisfied with what twenty exhibitors had to offer. Besides 4EVER, the largest of them, the fair added three more important exhibitors. Namely, HAI BIKE, a German phenomenon in the MTB e-bikes area and LEADER FOX, a Czech producer of e-bikes from České Budějovice (Budweis). The visitors were also pleased by the offer of CYKLOŠVEC from a Czech city of Písek, that has introduced the complete display of STEVENS´s cyclo-cross wheels and this year´s new innovation – gravel bikes. Thanks to the Sunday´s Czech race premier of INSTA GRAVEL BIKE, the so called „Gravel-flights“ were a total hit. Belgium´s SAPIM-RYDE also brought two of their fast and handy technicians that were servicing every racers´ bikes right on the spot. It was mostly thanks to their flawless service that some of the desperate racers were able to participate in Saturday´s Bike for Life race without difficulties. 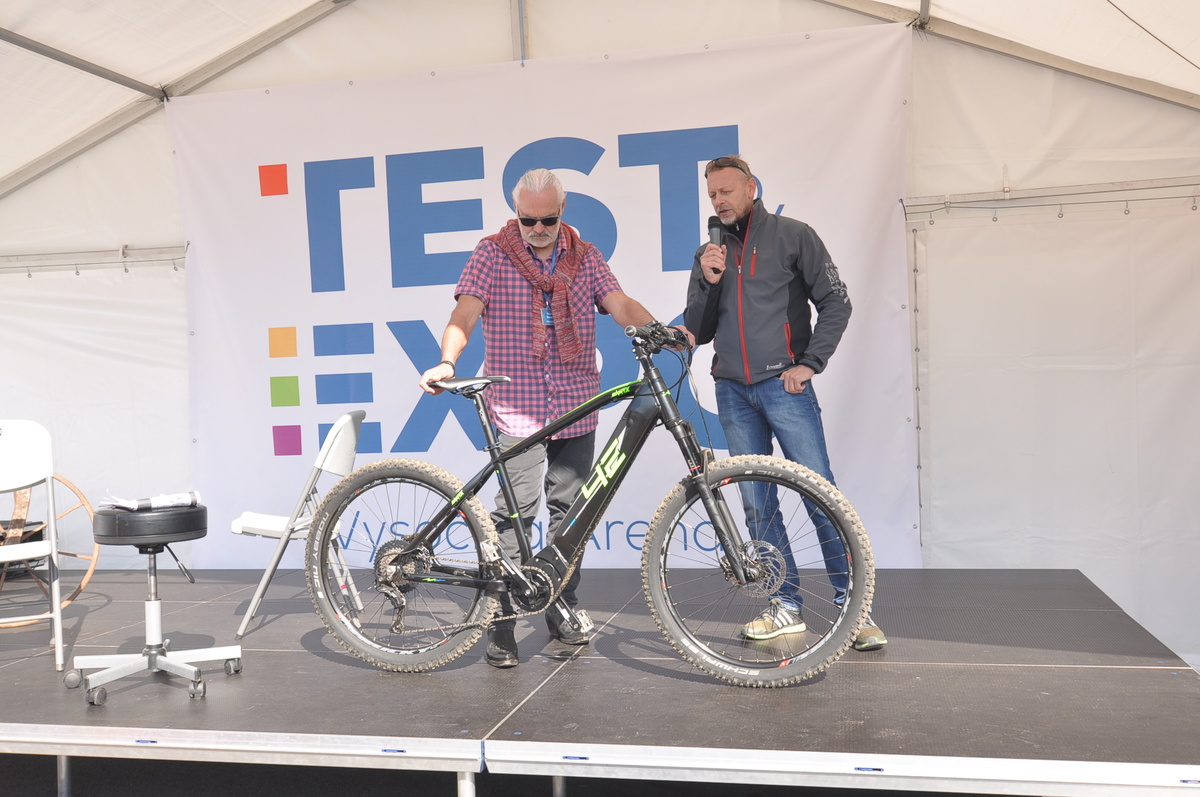 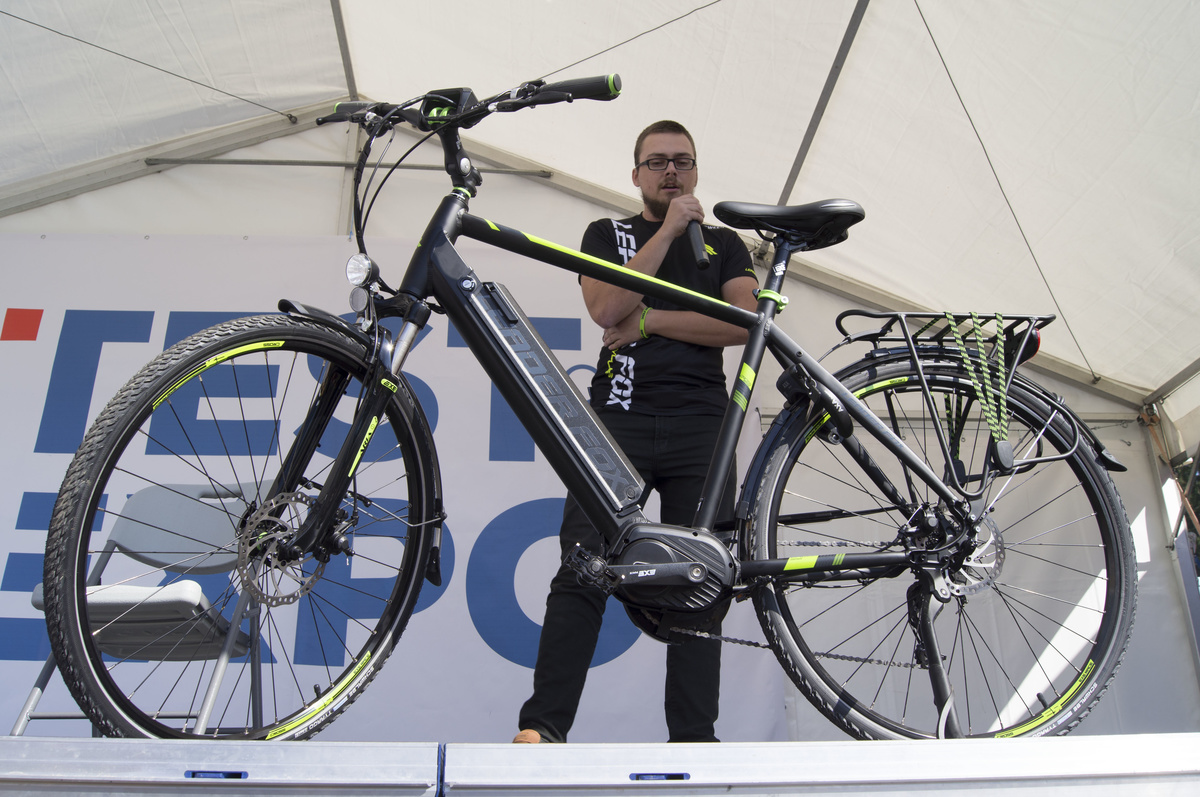 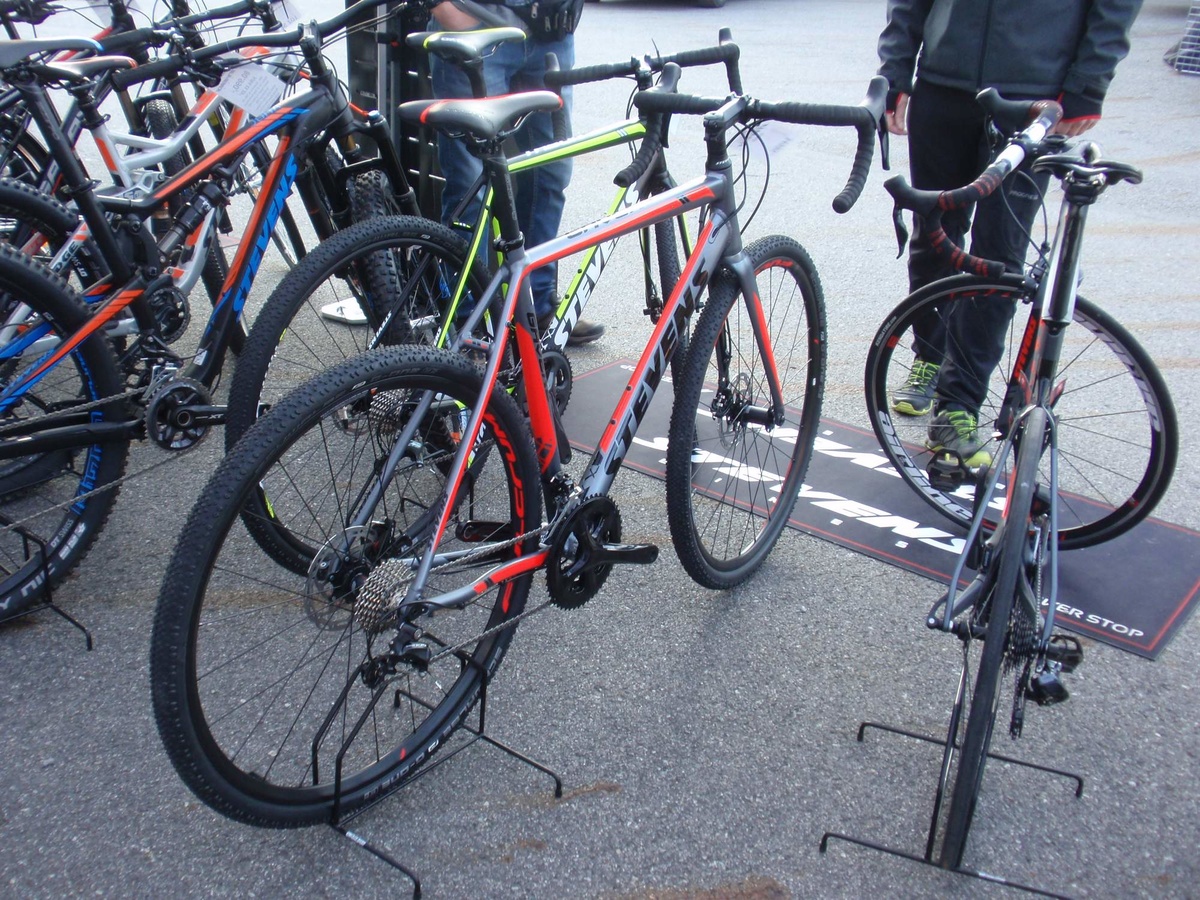 The Friday´s evening was dedicated to the second year of the E-conference. The Electric Bike Action Magazine´s editor Ondřej Vysypal had informed the audience about the news on e-bikes. Jakub Ditrich from EKOLO had a very interesting presentation on new current trends in the e-bike area. He also introduced the new development directions the e-bike market is heading. Another interesting talk was about the technology behind the correct production of wheels held by SAPIM from Belgium. After the conference the exhibitors were treated to an informal party. 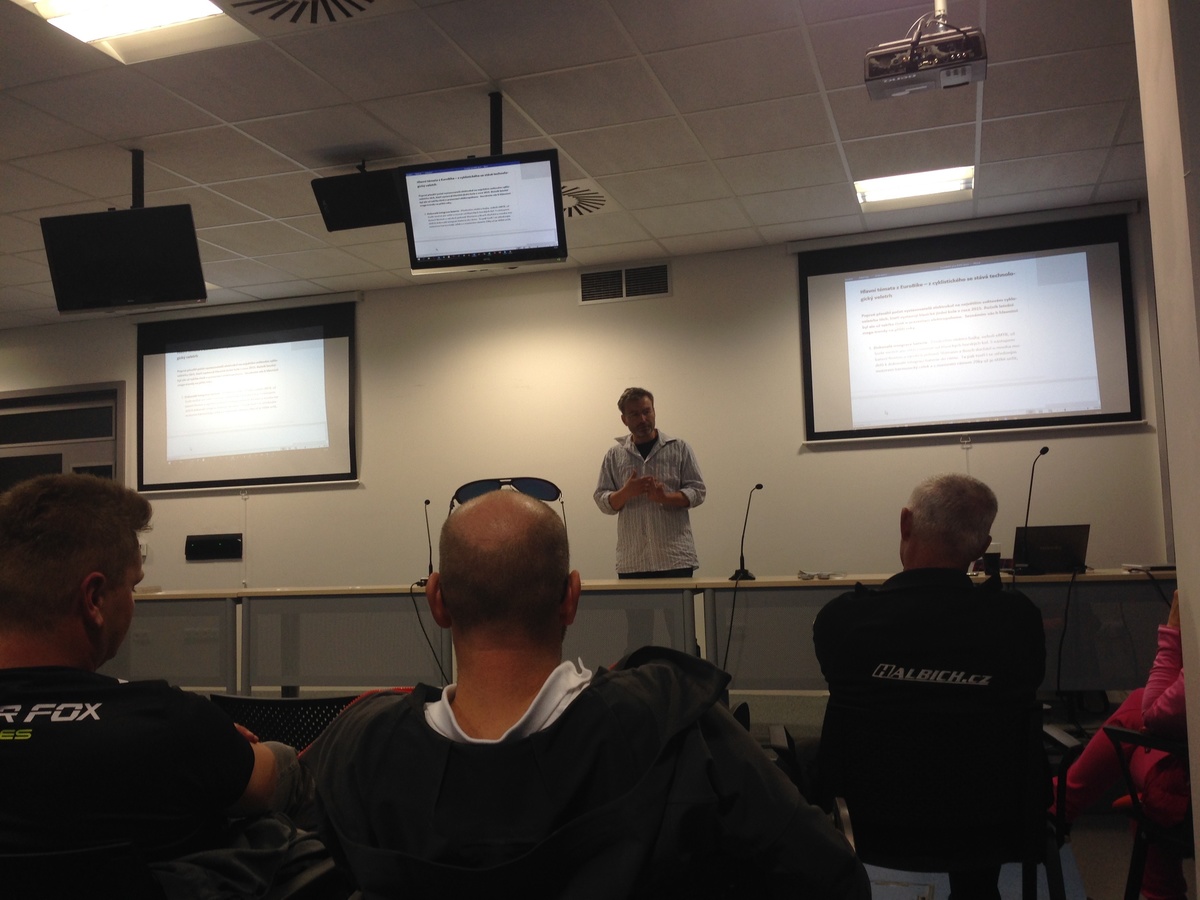 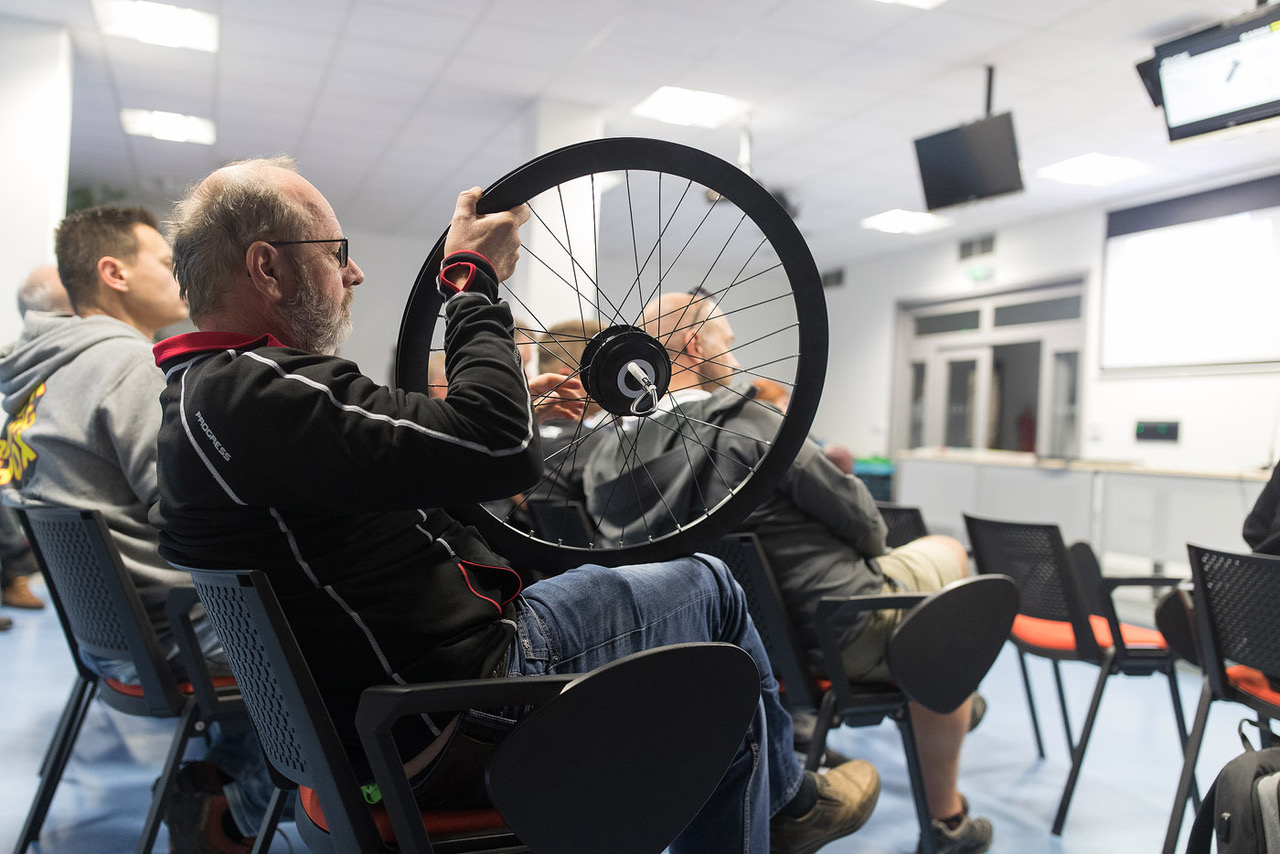 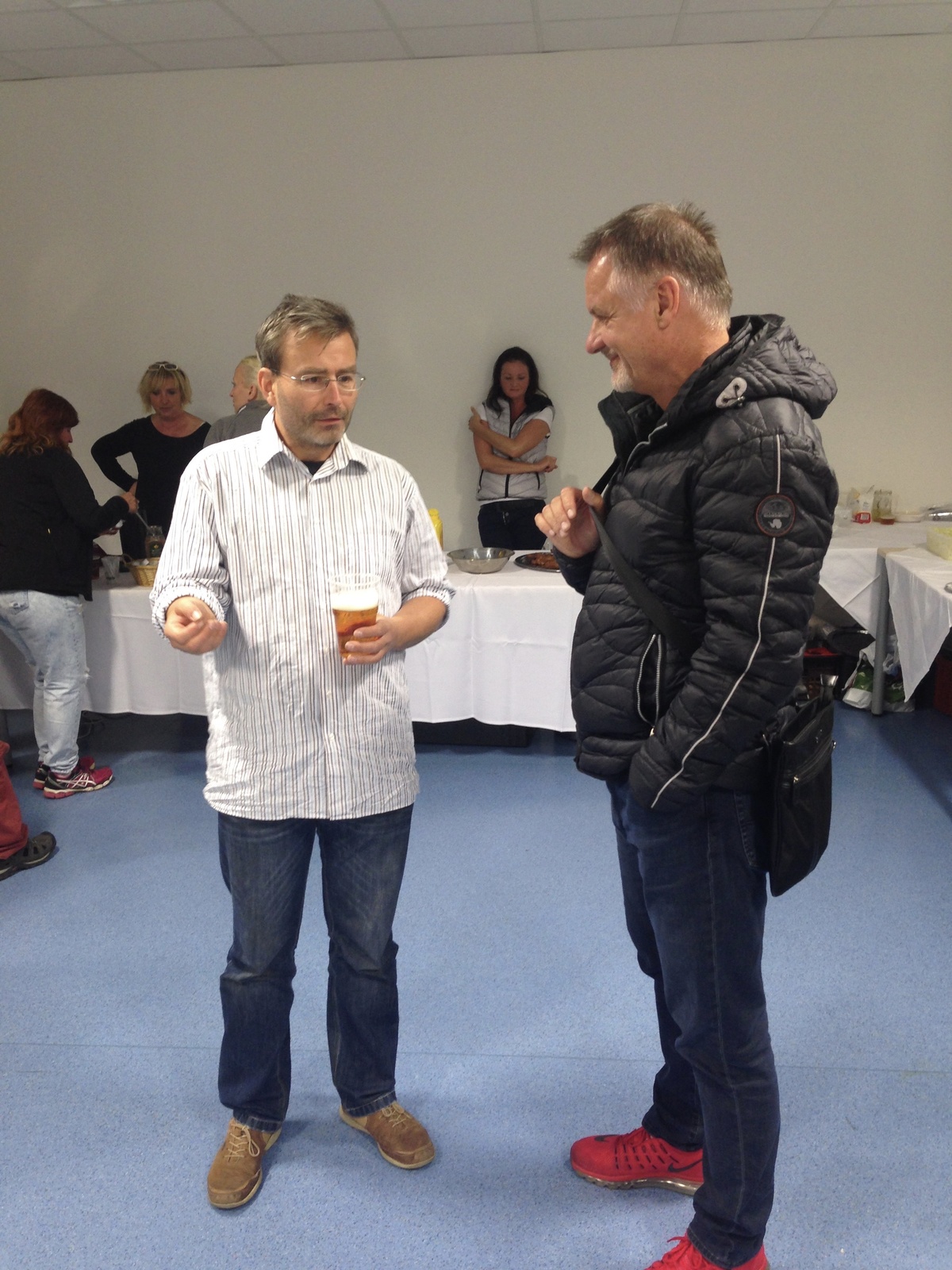 E.ON has become a new strong partner of TEST & EXPO fair. The company has introduced its brand new project to support e-mobility in three „smart towns“ – Žďár nad Sázavou, Nové Město na Moravě and Bystřice nad Pernštejnem (all in the Vysočina region). E. ON was offering twenty e-bikes, an e-scooter and a Tesla electronic car to borrow, stationed in particular stands in each of these towns. The whole project was a huge success. By this E.ON has established a new E.ON Like-Bike Tour tradition in the Vysočina (Bohemian – Moravian Highlands) region. It also confirmed the increasing trend of public interest in active e-bikes riding. More than 320 participants came to test them free of charge during the weekend. Both Saturday and Sunday a group of e-bike racers set for a 90 km long ride under the supervision of former cycling representative Jozef Regec. On the way they visited all above mentioned towns to support the promotion of TEST & EXPO fair. 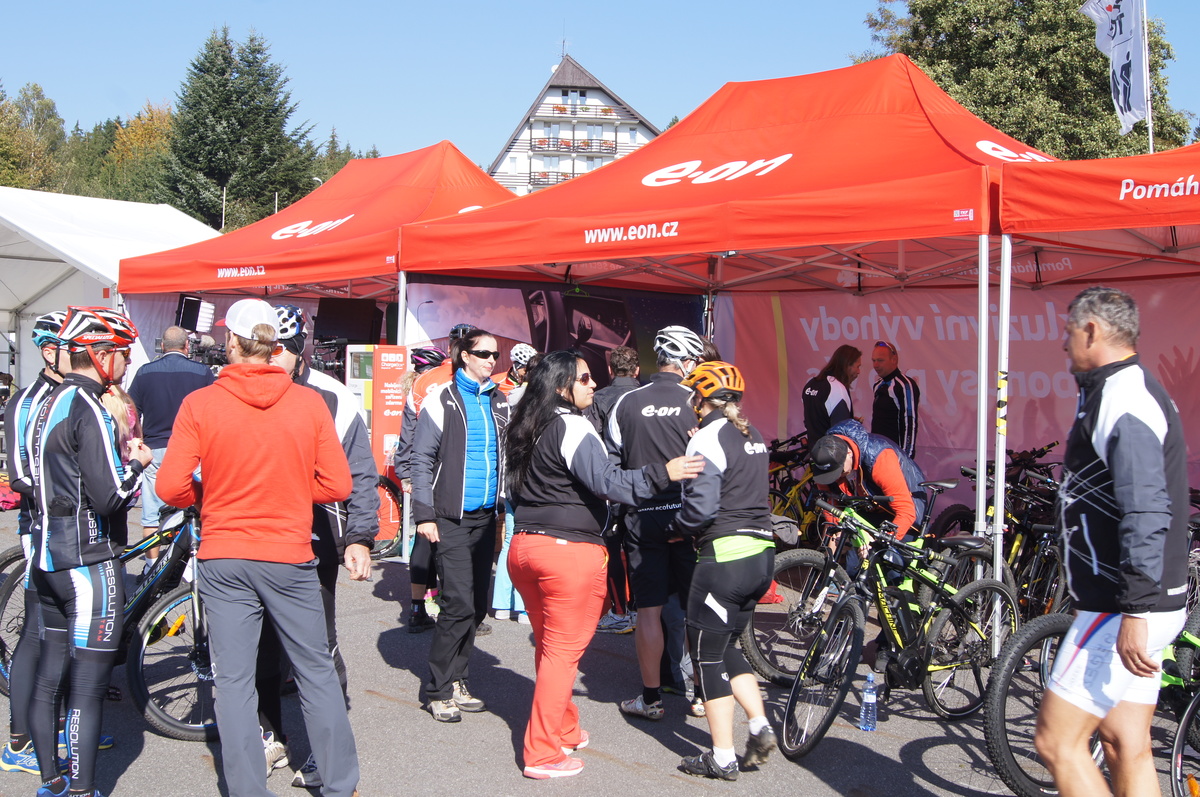 The main theme of the accompanying program of the fair was to celebrate the 200th anniversary of the discovery of a bike. That is why Ivan Křivánek from Slavkov u Brna (Austerlitz) introduced ten draisinas (vintage bikes) in the exposition of historical bikes. The possibility of riding these historical wooden jewels was definitely a highlight. So was the captivating talk of the owner who didn´t hesitate to provide a plethora of interesting information on the creation and patenting of the first documented bike. The whole event was held on a new stage of the TEST & EXPO section. 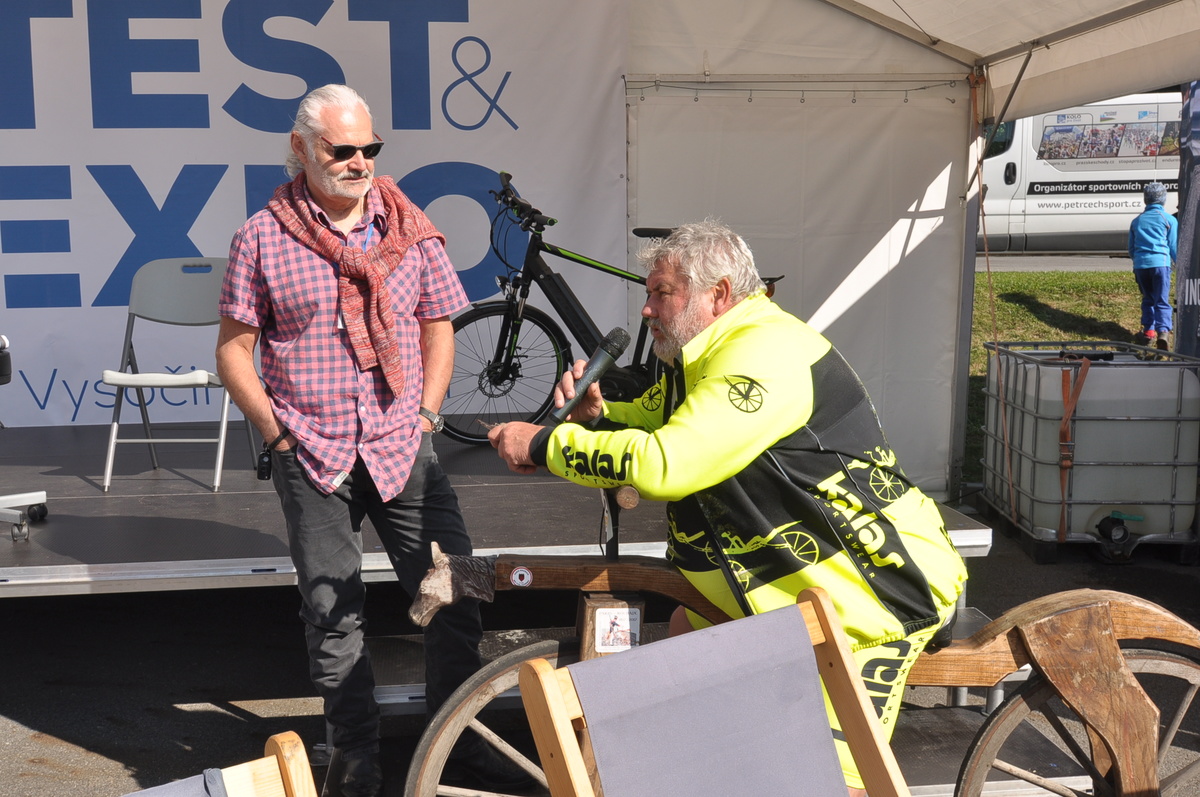 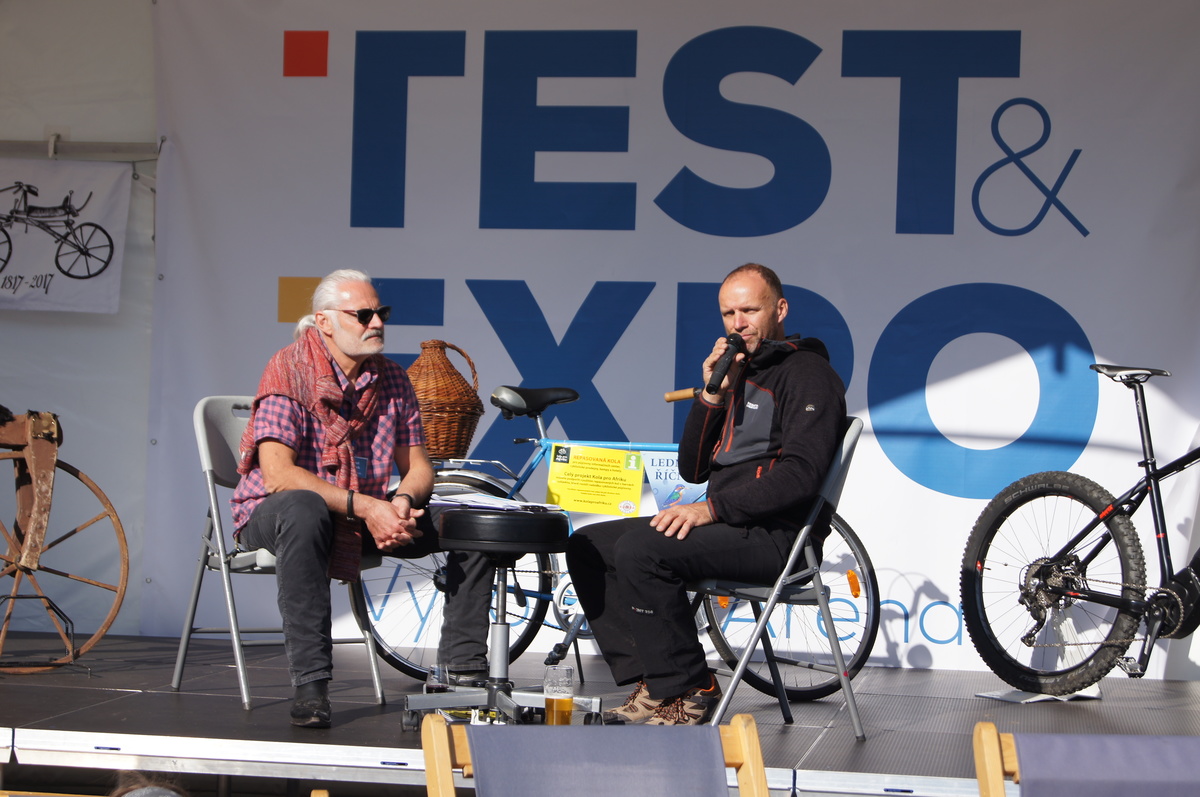 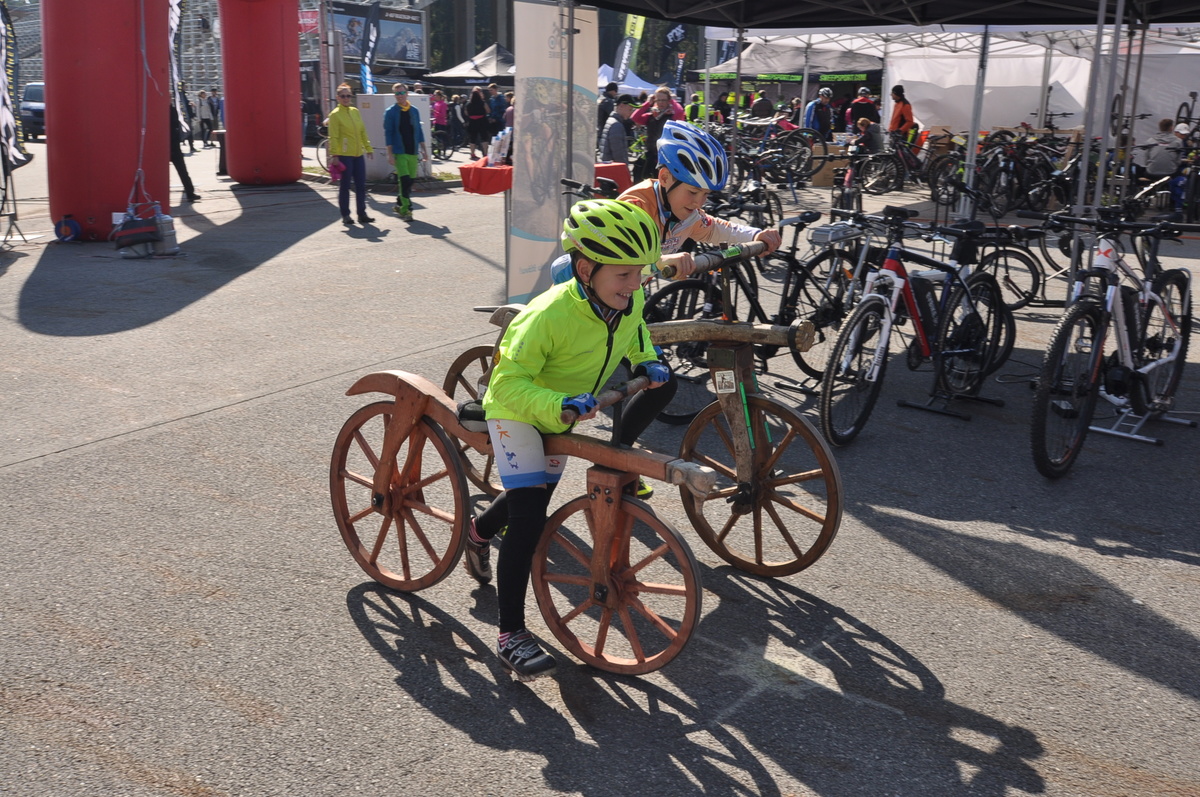 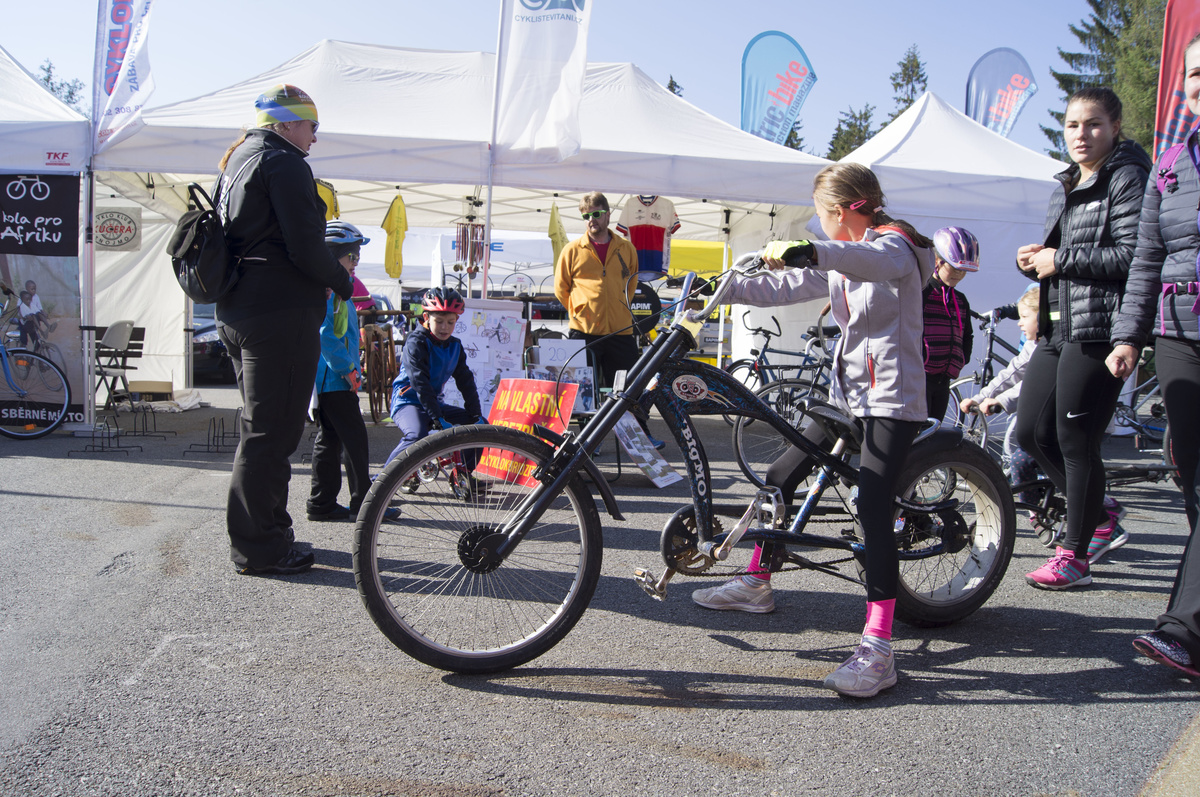 The section of the historical bikes was also enriched by additional bike related curiosities on display. Martin Zehnal showed twenty hand-made atypical bikes and kindly offered them to the visitors to test their cycling skills. 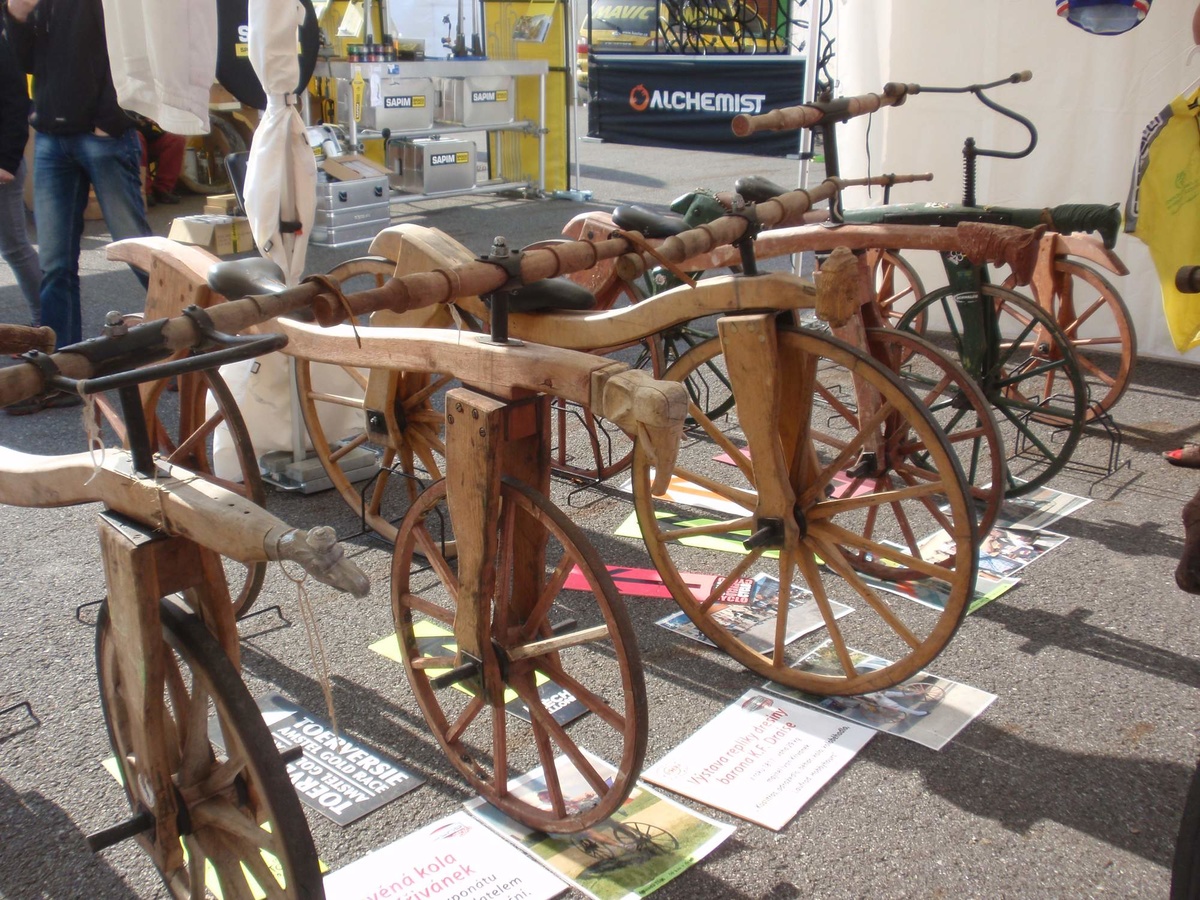 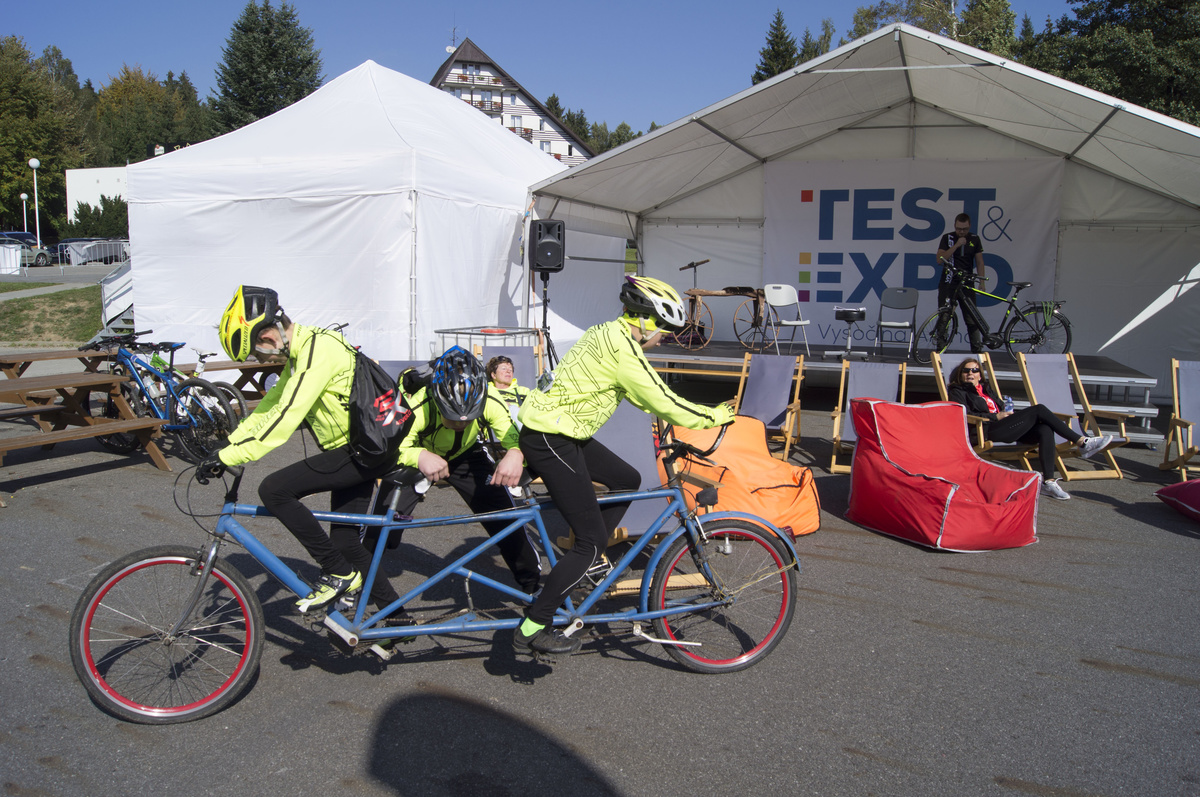 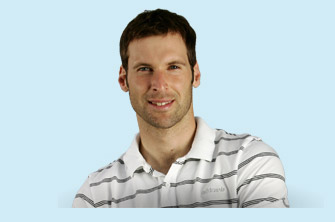 One of the most significant and most successful sport personalities of the modern sport era of the Czech Republic. Petr wants to focus even more on a support and development of sport in the country, primarily family sports. He has decided to invest in sport projects organized by ČS MTB Team. The main goal is to develop these activities and draw more families with small children to it. He considers these projects to have an outstanding sport and social impact and he intends to stay engaged personally as much as possible. 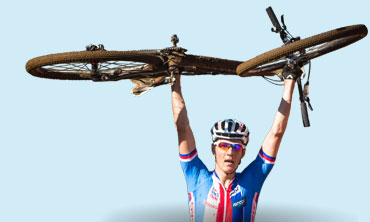 The best current Czech biker and one of the best bikers in the world became the face of Bike for Life series in 2015. He himself was participating in Bike for Life while growing up. Despite his bust race schedule he has been an active participant to this time. He wants to be an example and a teacher, especially for young hopeful bikers, but he surely is also a motivation for other kids and adults to switch the TV for a day spent outside, on a bike, with other family members.